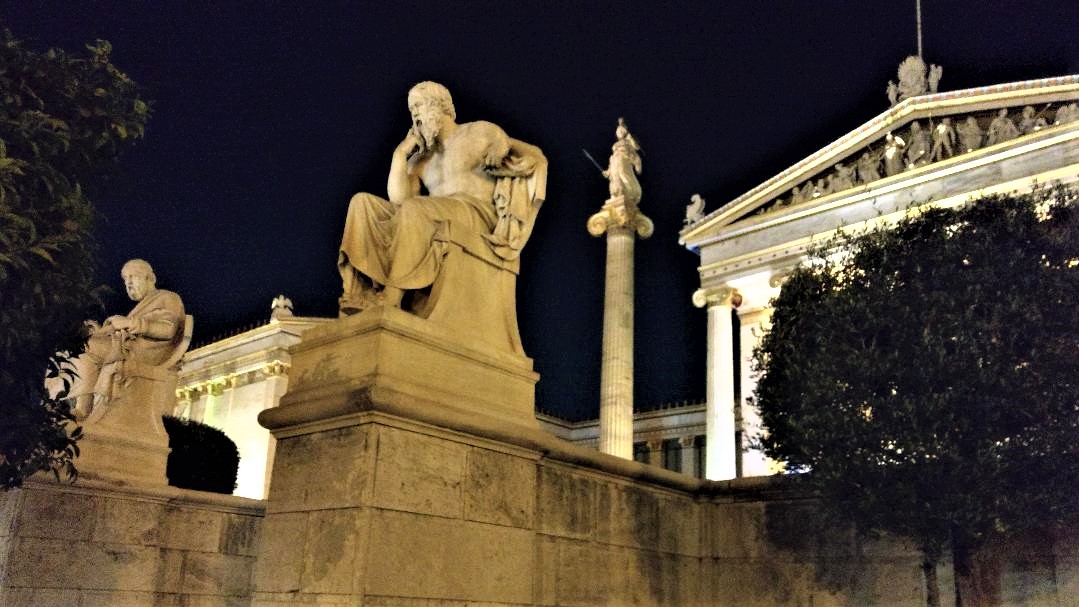 We all have many beginnings: the moment creation is renewed in the tiny wedding of male and female, in the birth of drawing air, in coming to words, in growing to knowledge of family, in growing into the cradle of home.  Civilization too has many beginnings: familial empathy, loving neighbor as self, the sympathy necessary to neighborhood, neighborhood, the necessary of civilization.  Our beginning, our family, our home, is the Classive neighborhood of Greece, of Rome, of Israel, that distant cousin welcomed back when Platonically tutored.  Athens, hos epi to polu, is parent from whom we ascend; Athens, the source of our DNA, the tightly woven strands that determine all which we might become.  We might go on to list all of our Greek beginnings, of Athenian first precedent, which is our all, or we might say simply, “Aristotle”.  You know Aristotle, he whose lecture notes form the whole of our university departments.  Too bad we have merely some seventh of his lecture treatise … so much more we might now be.  Well, as Tennyson reminds us in the voice of Odysseus, “That which we are, we are”, et cetera. 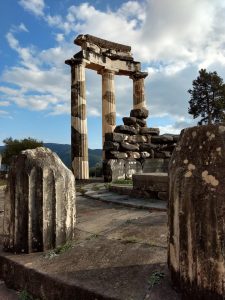 Yes, well, we name our style, “Greek Revival”, true enough, yet in each generation we are revived, renewed, sometimes by necessity, sometimes by aspiration.  The early 19th century of Christ’s ministry saw a familial, aspirational Greek revival.  Our co-religionist, Classive cousins, the modern Greek Greeks, were, as they say, “throwing off the Ottoman yoke”, 200 hundred years previous to the day of this writing.  Perhaps you have in your community some reminder of Greek Independence.  For me, the reminder was General Dimitrios Ypsilantis, liberator, eponymous founder of Ypsilanti, neighbor city to my Ann Arbor.  Among my early books, a history of statuary in the county that incorporates Ann Arbor and Ypsilanti, and through this book I came to know the Greek liberator by an especially fine, marble portrait.  Near Ypsilantis’ portrait, a bronze statue, “The Hiker”, another commemoration of liberation, yet here of an American liberating neighboring Cuba.  Neither the Greek nor the American statue was what might commonly be named, “classical” Greek, though both are Classive, both grow from Greek DNA, the one along the French Renaissance, refined Beaux Arts line, the other through the English, bold American illustrator line.  Some Greek is more Greek, some less. 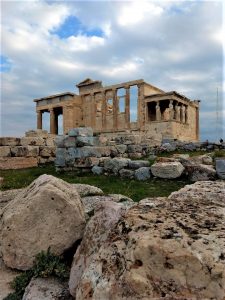 And our Greek Revival of the 19th Century is, well, rather more a revival of the god-like Greek, rather less a revival of the good, solid, soiled Greek who frustrated Byron; ours was a revival of the clean ideal, high-minded and pure.  You might remember that London booksellers sold more books to British Americans than to British Englanders, that we were, and that some few of us yet are, philosophically inclined, à la the Declaration, Constitution, et cetera.  You might consider: Pericles rebuilt the Acropolis after burning by the Persians, intending, well, as you can see.  We Americans, throwing off the British overlordship, intended to create a New Order for the Ages, which in truth we did not, as you can see: ours was, and is, the Classive Order renewed, an Order by which the civilized world thrives.

When in Ann Arbor composing that history of local statuary (mentioned above), I lived in the Greek Revival, Andrew de Forest House, one among many Greekish buildings that formed local identity, an architectural style that hosted The University of Michigan’s Greek System, a Greekish university whose departments grew from Aristotelian DNA.  Another Greekish building worthy of mention, Memorial Hall, a hall, hos epi to polu, created to house the statuary of Randolph Rogers, native of Ann Arbor, president of the world’s oldest art school, an Italian Knight, author of the US Capital Building’s front doors, “The Columbus Doors“, a Greekish sculptor whose life’s work in statuary was delivered to the local city dump by the Progressive art professor, J. Paul Slusser.  Yes, generation after generation civilization must be reborn after barbarous destructions, either of the Acropolis by Xerxes, of some small museum by a Progressive, or by bureaucrats and eager spray-cans. 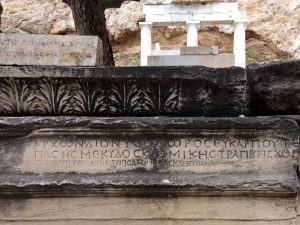 Inscription on the south slope of the Acropolis. image credit: M. Curtis

This month, we shall visit much of us which is Greek, Athens, Delphi, Crete, the States.  We shall look at and look into Greek homes, whether the homes of heroes, of Gods, of you or of me.  We shall trace some few lines of DNA, of the Greek Revival temple-home, the Greek Revival townhouse, the Greek Revival farmhouse, and even some late bit of my refinement of Greek Revival, the Greek Revival of the modern Greek Greeks, 1870 – 1920, a revival I revived for a new city, perhaps merely a city of dream, AEGEA, of which more, later.  Until then (some three weeks from today), this week a Greek temple-home suitable to contemporary living, suited to an aspirational family, in suit with most any mod neighborhood, being, as it is, an architect’s statement.

A note: this month, The Beautiful Home begins to subdivide each style of domestic architecture into its unique zine, a zine which shall be amended, now and again, as subject, author or theme presents itself to opportunity or interest.  Hope you will follow, hope you will enjoy the zine of your style … we love them all.  Forthcoming: news of The Beautiful Home broadcast program, peaks and peeks. 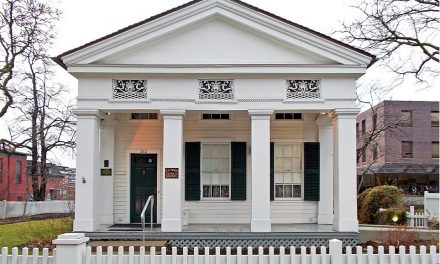 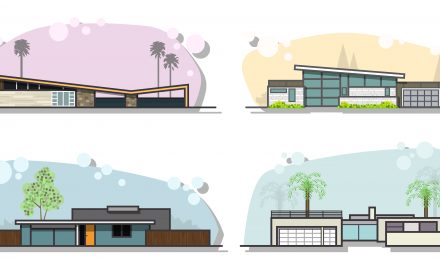