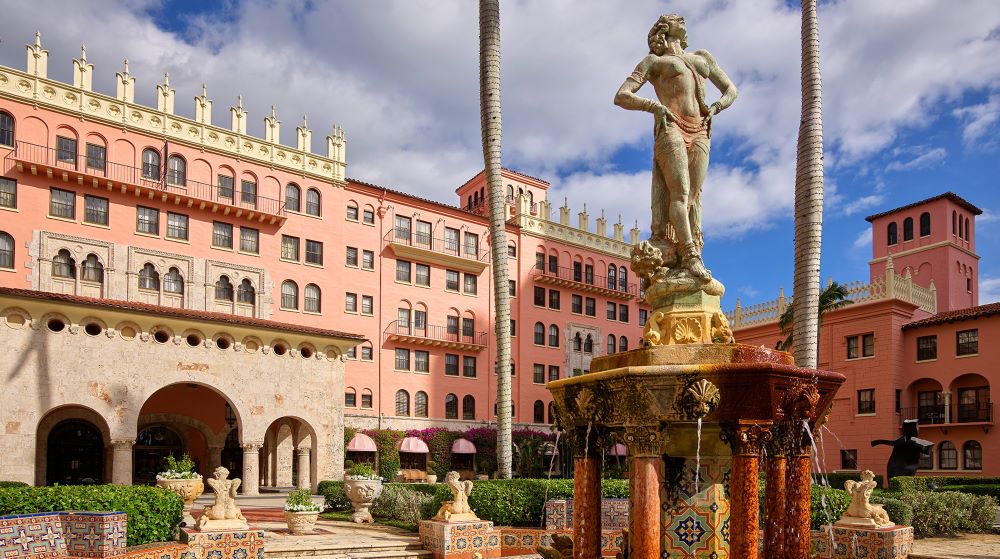 Addison Mizner lent a face and a personality to Spanish Revival architecture.  Florida will forever bear the stamp of his style and Palm Beach is the architectural garden he planted.  He was a bon vivant, a society architect, an artist who layered history into his houses, as might generations of architects layer architectural forms and detail century upon century, block into block.  Mizner was neither a one-dimensional modernistic designer nor a copyist of pattern-books: Addison Mizner was an original, a Classive architect who incorporated centuries of stylistic influences into a single aesthetic. 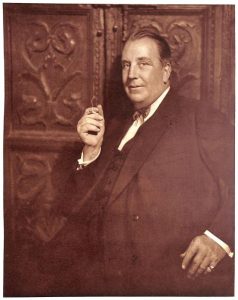 The son of a legislator who was president of California’s senate and United States Minister to Central America, Mizner’s early experience of architecture in travels with his father through Hispanic countries made Mizner a thoroughgoing Hispanophile; his San Francisco apprenticeship with Willis Jefferson Polk allowed the young architect to hone his considerable watercolor and draughtsman skills.  After leaving Polk’s firm, where he achieved partnership, Mizner traveled to the East Coast where he designed yacht interiors and gardens, an experience crucial to his mature style where garden and interior become seamless with the house, hotel, club, and public building. 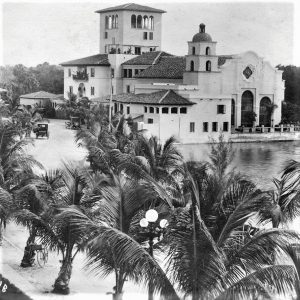 Spanish Revival, Mediterranean Revival, whichever name one attaches, no matter, Mizner was an eclectic architect who released his imagination upon each project, and the developers loved it, especially in newly populated Florida where old wealth and young ambition wanted the imprimatur of history, gravitas, and respectability, qualities that Mizner delivered without fail.  His first important commission made him famous, The Everglades Club, Palm Beach.  No one had experienced anything like it, neither in Palm Beach nor the larger world.  Mizner was a sensation.

The Everglades Club is a pink stucco palace, generously arcaded, showy in iron-worked balconies and the crown of red clay tile.   Here, Hispanic tiles everywhere punctuated the broad pink walls, and centuries old furniture sat or stood as if the building had been made for them.  Recently I had the opportunity to enjoy the club and can say, “The Everglades Club is as lively and luxurious as when first it lived in Mizner’s imagination.” 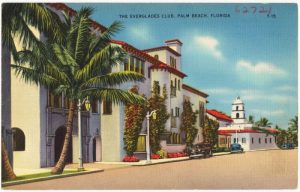 Though many of Mizner’s masterpieces have been demolished or glommed by Progressives, what remains is ample enough to provide example.  Within a brief period, Mizner created many dozen houses, including the palatial El Mirasol (demolished, 1959), La Ronda (another masterpiece, demolished in 2009), some dozen bungalow-style Boca Raton homes (designed and built in 1925 and 1926), and estates from South Florida to Bryn Mawr, Pennsylvania. 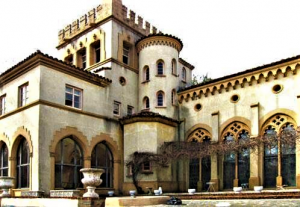 La Guerida, since purchase in 1933 by Joseph Kennedy known as The Kennedy Estate and was the winter White House, the location where JFK composed his inaugural speech.

El Solano, Mizner’s home was named for his birthplace of Solano County, California; constructed in 1925, sold to Harold Vanderbilt and became the center of society; later purchased by John Lennon and Yoko Ono, two weeks before Lennon’s death.

The William Gray Warden House was placed on the National Register of Historic Places in 1984; the block-wide mansion retains its original qualities in a tasteful conversion into six condominiums; the gardens, the orange grove, the yacht dock, have been retained on the former 40 acres, but not the private zoo. 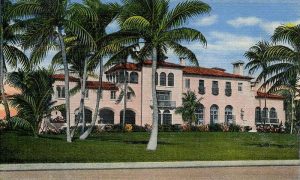 The Via Mizner is a charming pedestrian village in the heart of Palm Beach; here are the shops, offices, residences that lend character to the common experience of Palm Beach.  Imagine Palm Beach to have been a fortified Spanish-Venetian town where conquistadors and the commons lived and traded in commercial spaces, and you get the idea, this (the aesthetic of The Gold Coast).  The Villa Mizner Tower was Mizner’s home, the top floor, his office whose view surveyed his dream north and south along the Florida coast. 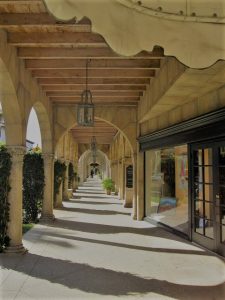 The Society of Four Arts, O’Keefe Gallery, an art museum and auditorium, home to live broadcasts of the Metropolitan Opera.

The Boca Raton Resort and Club has grown from Mizner’s original 100 room hotel, as successful, well-conceived projects will do. 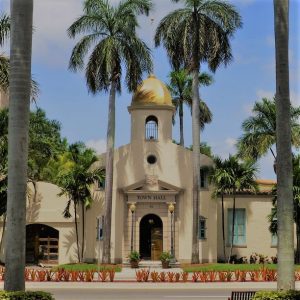 Addison Mizner wished that Boca Raton would be “the world’s most architecturally beautiful playground.”  His wish was not granted, yet the Boca Raton Town Hall and Boca Raton Administration Buildings did come true, a stylistic ascendent of El Greco, Toledo, Spain.  The historic landmark yet offers The Addison restaurant.

The 1924 Riverside Baptist Church was designed without compensation as a commemoration of his mother.  The church seems to be one of those European churches that developed through many epoch, Romanesque, Byzantine, Spanish, and seems to enjoy practiced craftsmanship, even the stucco walls with buttermilk and burnt umber to allow the patina of noble age. 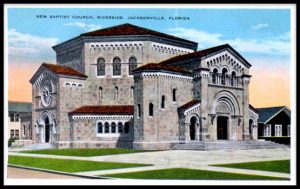 Attributed to Addison Mizner:
God gives us relatives, thank God we can choose our friends.
Misery loves company, but company does not reciprocate.
The worst-tempered people I’ve ever met were the people who knew they were wrong.
Where there is a will there is a lawsuit.
Ignorance of the law excuses no man from practicing it.
Poets are born, not paid.

It is my plan to create a city [Boca Raton] that is direct and simple…
To leave out all that is ugly, to eliminate the unnecessary,
and to give Florida and the nation a resort city as perfect as study and ideals can make it. 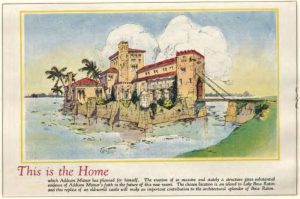 Envisioning Palm Beach: The Addison Mizner Collection at The Society of the Four Arts

*This article is excerpted from the “Top 3 Spanish Eclectic Architects”; TBH, yet to be published. 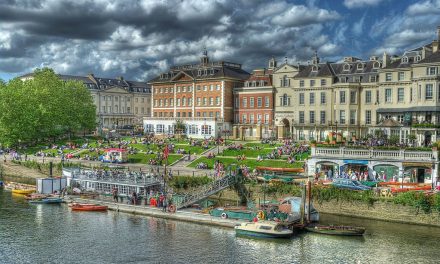 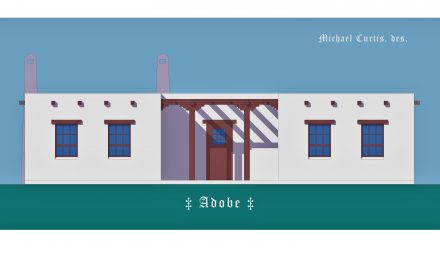 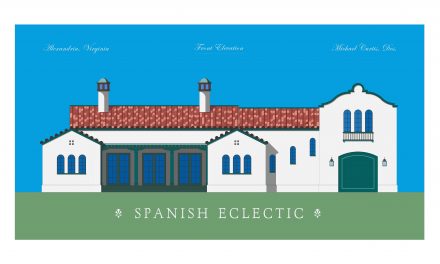 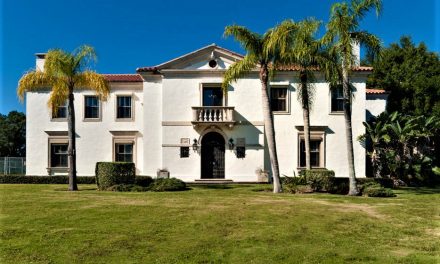