Mark Addison
Mark Addison is currently Chairman of Rocket Science, which is a public relations firm representing technology companies, and also Founder of X-Rocket, which is a sell-side advisory firm for M&A. But his first love is architecture. Addison’s architecture credentials include planning work for MGM Studios, Henry Crown & Company, Del Webb Corporation, Santa Lucia Preserve, and Club Méditerranée, as well as economic consulting work for the cities of Newport Beach CA, Palm Springs CA, and Riverside CA. Addison’s most significant contribution to the practice is a methodology for developing economically vibrant “main streets” that honor time-tested urban neighborhoods. His work at Rancho Santa Margarita, a land-mark urban village of 17,000 residents, earned multiple Pacific Coast Builder awards, was featured in a television documentary about new urban lifestyles, and is the subject of several scholarly papers on neo-traditionalism. Addison earned his degree in architecture at the University of California, Berkeley, and his MBA degree from the Anderson Graduate School of Management at UCLA. 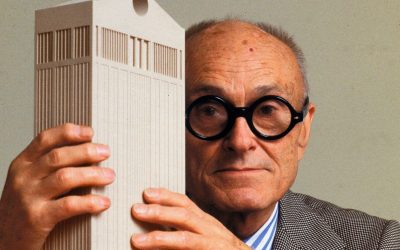 . Growing Up Modern   I grew up modern, in both the cultural and architectural sense of the word. Culturally, as a son of an American-born Army sergeant and a German-born executive secretary, dinner table conversations ranged from mundane shop-talk and complaints...