M. Curtis
A sculptor, painter, historian, architectural designer, and poet, Michael Curtis has taught and lectured at universities, colleges, and museums, including The Institute of Classical Architecture, The Center for Creative Studies, and The National Gallery of Art; his pictures and statues are housed in over 400 private and public collections, including The Library of Congress, The National Portrait Gallery, and The Supreme Court; he has made statues of presidents, generals, Supreme Court Justices, captains of industry and national heroes, including Davey Crockett, General Eisenhower, and Justice Thurgood Marshall; his relief and medals are especially fine, they include, among others, presidents Truman and Reagan, Justice John Marshall, George Washington, and, his History of Texas, containing over one-hundred figures, is the largest American relief sculpture of the 20th Century; his monuments and memorials, buildings and houses, including The New American Home, 2011, are found coast-to-coast; his plays, essays, verse and translations have been published in over 30 journals (Trinacria, Society of Classical Poets, Expansive Poetry, et cetera), and his most recent nonfiction books are, Occasional Poetry: How to Write Poems for Any Occasion (available through The Studio Press), and The Classical Architecture and Monuments of Washington, D.C. (available through The History Press); Mr. Curtis is the National Civic Art Society’s 2021-2022 Research Scholar. Other sites where Mr. Curtis can be found: The Classical Artist (art, architecture, and design), The Studio Press (essays and books – fiction and exposition, verse and prose). 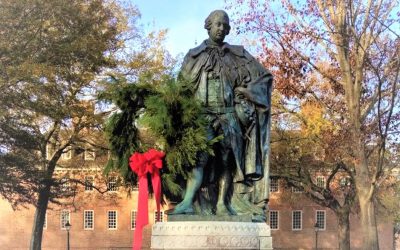 Williamsburg Christmas Wreaths Wreaths are familiar to the Classive tradition.  There are Greek wreaths of victory for Olympia and other ancient contests, there are harvest wreaths of Apollo, garland wreathes of the Hellenic gods, Roman imperial wreathes of triumph,...

END_OF_DOCUMENT_TOKEN_TO_BE_REPLACED 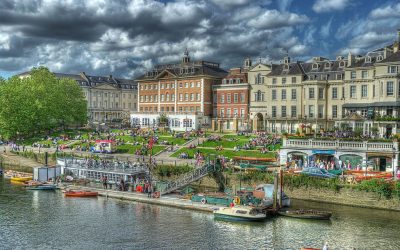 Quinlan Terry   Until recently it was felt that the modern style had come to stay and that architecture should continue to develop along Modernist and technological lines.  However, in the past few years more and more people have come to be disenchanted...

END_OF_DOCUMENT_TOKEN_TO_BE_REPLACED 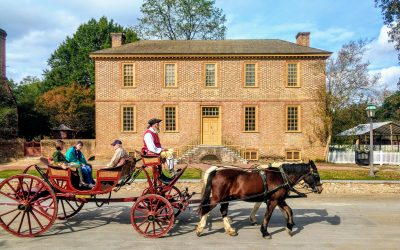 Friends, Romans, Englishmen, this month we consider our Georgian heritage, our British tradition, the ascendence of Classive civilization, Vitruvius to Palladio to Williamsburg to Alexandria, Virginia, from where I deliver these notes. Yes, Virginia, you know,...

END_OF_DOCUMENT_TOKEN_TO_BE_REPLACED 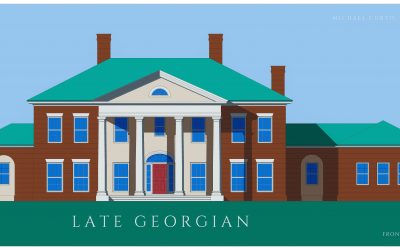 Georgian House Plan Georgian House Plan: The Hanover   We were British, subjects of King James when first we settled in Jamestown (1607).  We were culturally Shakespearian*, engaged in all things British.  We were patriotic, though divided in the English Civil...

END_OF_DOCUMENT_TOKEN_TO_BE_REPLACED 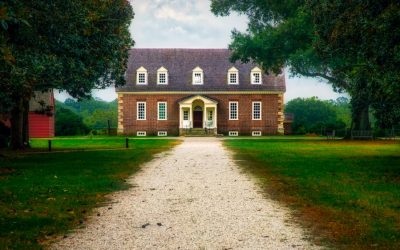 Georgian. Georgian: Introduction We were British, subjects of King James when first we settled in Jamestown (1607).  We were culturally Shakespearian*, engaged in all things British.  We were patriotic, though divided in the English Civil War.  We cheered the...

END_OF_DOCUMENT_TOKEN_TO_BE_REPLACED 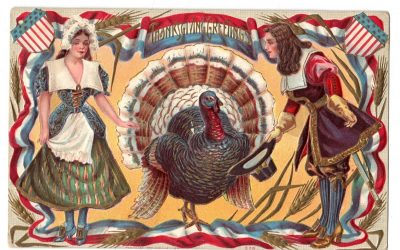 Thanksgiving Tradition   Of dark-cloaked Demeter I sing, of long famine and thanksgiving … and the arrow-eyed eagle from Olympus fixed his gaze upon the corn-barren plain, leafless, idle till up from the underworld she came, life-full alike the spring...

END_OF_DOCUMENT_TOKEN_TO_BE_REPLACED 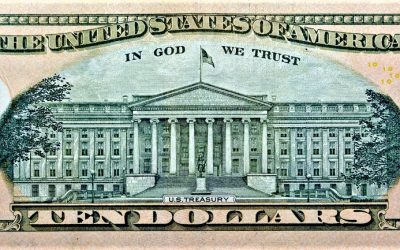 The Greek Revival Pattern Book. You might say, “Classical Greece concluded in the strike of an asp to Cleopatra’s breast.”  Cleopatra VII was, as you recall, Macedonian, ascendent of Ptolemy, Macedonian general, first Greek pharaoh of Egypt, friend and likely...

END_OF_DOCUMENT_TOKEN_TO_BE_REPLACED 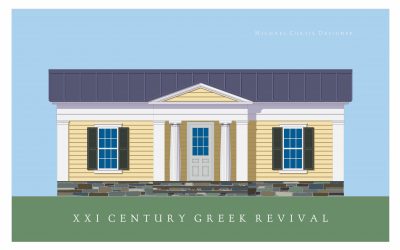 Greek Revival, Honeymoon Cottage FEATURES This charming cottage is available in two plans, pleasantly formal, and pleasing informal.  Both remember Thomas Jefferson's first home at Monticello, the "Honeymoon Cottage" to which in 1772 Thomas brought his bride,...

END_OF_DOCUMENT_TOKEN_TO_BE_REPLACED 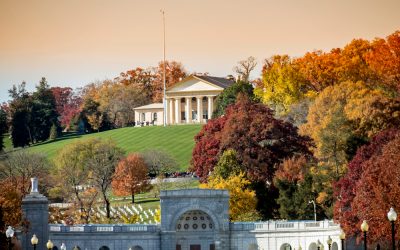 From where I rest upon the stylobate of stout Doric columns at Lincoln’s memorial, I look over Memorial Bridge and up the acropolis of Arlington Cemetery to Robert E. Lee’s house, here to scan the history of these United States in entire.  Considering the theme...

END_OF_DOCUMENT_TOKEN_TO_BE_REPLACED 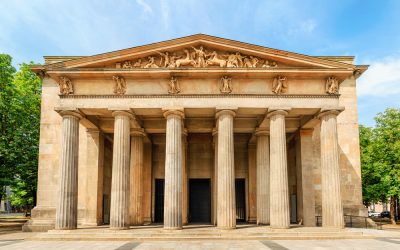 Which Greek Revival architect was most Greek: the Dane, the German, the Scotsman?  The German, Karl Friedrich Schinkel (1781—1841), designed a royal palace on the Athenian Acropolis for Prince Otto of Wittelsbach, King-elect of Greece.  The Scotsman, Alexander...