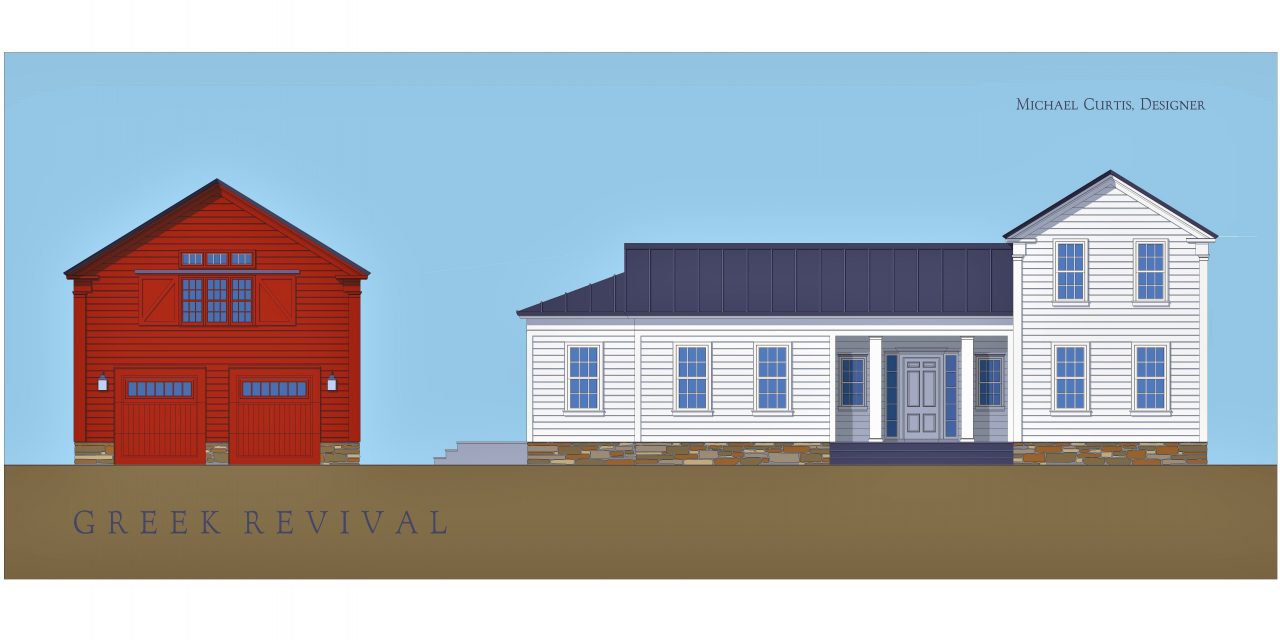 Visitors to early 19th-Century America sometimes thought themselves to be in little Greek villages, so much had the Greek influenced domestic architecture in the United States.  (see the Greek Revival houseplan, below)  This was especially true in the mid-Western states, Indiana, Ohio, Michigan, Illinois, where entire towns were built in the Greek Revival style.  Must say, ours is not a Greek domestic architecture, ramshackle and haphazard, a door here, a window there, as suits whim, alike the modern.  Ours is a Greek of the Gods, of the temple, domestic, a glorifying of family, of ideals masculine, feminine, humane, the practice of creating civility from tangled forests, of forming gentlemen and ladies from mere men and women.  And there is something Pico-like in climbing Civilization’s Classive ladder, the expectation that by merit, democratic in liberty, we might ascend beyond the Greeks in refinement, in achievement, an ascension nearly accomplished in the early 20th Century. 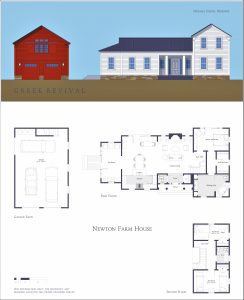 Columbia’s home, Washington, The District of Columbia, though mostly Roman Palladian, was born of the sentiment that America is spiritual heir of Greek philosophy, drama and art, of the Athenian democracy, though a democracy mediated by stabilizing republican restraints.  To honor our Classive patrimony, many American towns boast Greek names; Sparta, Athens, Ithaca, et alibi.  As likely you know, Greek temple architecture is a most chosen form of American civic, sacred, and domestic architecture, because most appropriate.  You will find some rich variation of Greek precedent in practically every town and city of these United States.

The Homestead, #65B, Elevation with White Barn.  M. Curtis, designer

The “Orders” refer to the ordering, organizing principle of a Classive building, of a Classive column, that most human of architectural forms.  You might think of the Doric as manly, its stout column firmly grounded, heavy, bold, its simple features state plainly structure and use.  You might consider the Ionic, gentlemanly, strong, yet eloquent in refinement, its strength shown in the potential rather than in the employment of force.  Notice the implied energy of the volute, alike Bernini’s David tightened to spring.  Yes, the Ionic is sometimes female, when dressed in those details that adorn, that charm, that delight the wearer and all others.  The Corinthian might be thought the lady of the Orders, ornate, verdant, sumptuous, her capital, Nature’s coronet, her column, a gown.  These days, some will choose to quarrel with the universal feminine, the universal masculine, yet all that is proves compliment in the nature of creation.

* You did, I expect, notice the names “Georgia” for our king, George II, “Washington” for our president, George Washington, “Athens” for Athena, “Olympia” for Zeus … there is a power in names, as in “Salamis” where a small Athenian navy defeated the Great King Xerxes, the massive, overwhelming forces of Persia’s axis of power, a victory for Classive Civilization that allowed the realization of what is beautiful, good, and true. Greek Revival Farmhouse. 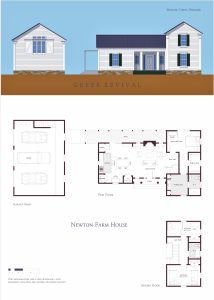 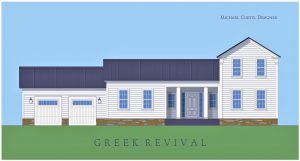 A farmhouse is the center of a homestead, an indelible feature of the American landscape, a claim upon the ground, a remnant of a simple, honest time, of baseball, apple pie, and pure white rising from softly swaying meadow grasses.  Here, a family living off the land might enjoy the country’s bounty.  The iconic temple form of this homestead moves slow in rhythm of the seasons: works and days, Works and Days.  The Greek Revival farmhouse can be found unnumbered in variation, New England to the Pacific Coast.  This Homestead’s “T” shape is reminiscent of the “Newton Farmhouse”, Belvedere, Illinois.

This Greek Revival Homestead is adaptable to every situation.  Shown here, variations suitable to country, suburb, and town.  A constant feature of each design: stark white paint on clapboard siding; inconsistently, the roof may be green, red, or gray; by tradition the barn should be red, yet it can be white, or green, if you must.  The floors would like to be wide-planked pine—reclaimed if possible—and the simple, classically detailed interior walls should be China-White with pale green or beige trim.  Limestone is appropriate to the floors of kitchen, hall, and bath; the sinks should be large, soapstone where possible; and, the chimney-hearth will want to be composed of local fieldstone.  Unadorned furniture is preferable, especially of the “Waltons” dining table.  To emphasize the home’s solidity, Dutch-lap can be substituted for clapboard.  The landscape will want to rise to the house, if only on a low, man-made hill.  Don’t forget the straight rows of kitchen garden, the small Johnny Appleseed orchard, and a geometry of flowers. 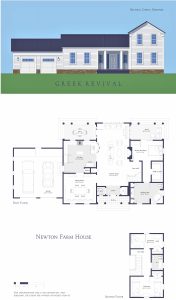 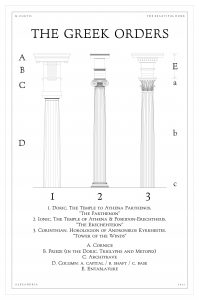 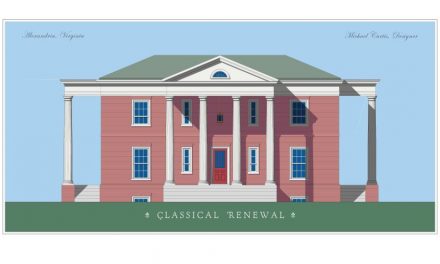 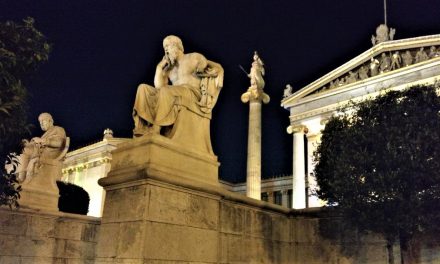