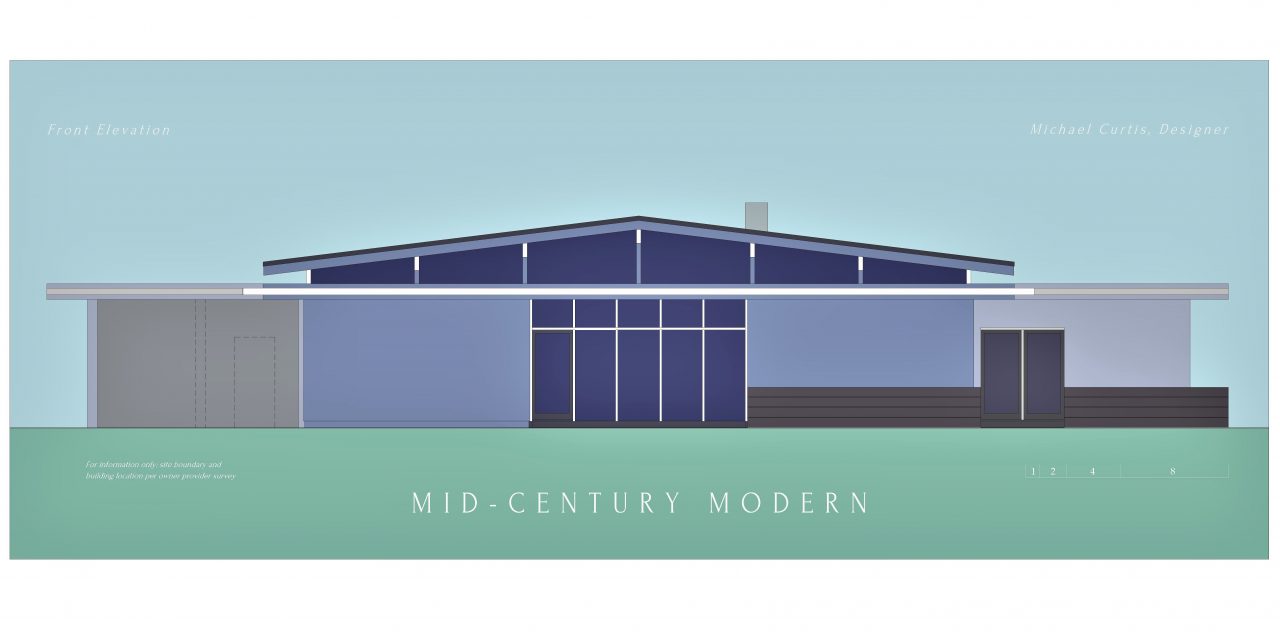 The Mid-Century Modern (MCM) is more a period fashion than a house style. The Classive “Federal” and the Progressive “Brutal” are styles that have qualities unique to themselves.  The Classive “Federal” is handsome, neighborly, bi-laterally symmetrical, alike a human body; the Federal partakes of Vitruvius’ architectural triad, “Firmness, Commodity, Delight”, it is friendly to humane ways of life, to the traditions of civil society.  The Progressive “Brutal” is aggressive toward people, most often ugly, inconvenient to the human body, assaulting to the eye, overbearing and brutal to all that might be termed, “civil”.  The Mid-Century Modern partakes of both the Classive and the Progressive, it is both humanly organic and coldly mechanic, and the MCM varies by region, some MCM regions are warmly traditional, some, coldly mechanic.

To its advantage, the MCM exhibits qualities beyond style, qualities that might partake of this Progressive, or that Classive style, and assemble the whole in some nonce form, alike Palm Springs Modern, or Capital Modern, the former of the desert, the later of the woods.  There is, of course, the MCM of Florida, with its machinist, Deco qualities; the MCM of the Mid-West, with its prairie, Wrightian qualities; the MCM of the East Coast megalopolis with its urban, corporate qualities.  Each MCM variation Americanizes the imported, modernist European styles, making each Mid-Century Modern variation attractive, friendly to families, serviceable to automotive transportation and gadget innovation.

The 1925, Paris World Exposition, Internationale des Arts Décoratifs et Industriels Modernes.
The 1932, New York Museum of Modern Art’s “Modern Architecture: International Exhibition”.
The 1939 New York World’s Fair, “The World of Tomorrow” with its Norman Bel Geddes (General Motors) “Futurama” exhibit, a scale model of an American city with skyscrapers, superhighways, and landing pads.
In 1946, Sunset magazine advertised Western Ranch Houses, “The ability to move in and out of your house freely … makes living in it pleasant and informal.”

The American, Mid-Century Modern is inspired by the Rancho and cabins of the plains, dear to American identity, adaptable to an increasingly mobile, middle-class life. The old ranch is made young again with easy indoor-outdoor living, sliding glass-doors, patios and grills, convenient kitchens, and the freedom of an open floor plan.

Proportions
Typically one story when in the desert, split or two level in the suburbs.  Mostly asymmetrical, rectangular and horizontal.
Roof Features
A flat or low-pitched roof, often with a cantilevered overhang.
Fenestration
Often, floor to ceiling glass in the public rooms, horizontal glass in the private rooms.
Structure and Materials
Of block in the desert and city, of wood in the suburb.  Construction is often modular, especially in “metal” houses.  Glass walls in post and beam construction.  Materials are often contrasted, as in the juxtaposition of bond and board directions.  Substantial chimneys of stone or brick; if not a chimney, a commanding wall.  The whole usually at rest upon a concrete pad.
Space and Floor Plan
An “open plan”; the kitchen, dining, and living rooms often a continuous space; bedroom groups separated from the living rooms.  Carports are typical, though garages are common.  Basements and attics are rare, except in the ranch variations.
Entrance
Often formal in front, and glass paneled; a private entrance to utility rooms from the carport or garage; sheet or sliding-glass doors opening to pool or landscape.
Ornamentation
Ornament is stripped, minimalized or avoided.
Color
In the desert, predominately white, punctuated with bold, primary colors; in the woods, earthy browns and greens; in the West and Mid-West, natural tones; in the East Coast, machine colors are common.
Surroundings
In sympathy with nature, often intimately integrated with the landscape.

*for a detailed history, see “Your House: Style and Period, Mid-Century Modern“. 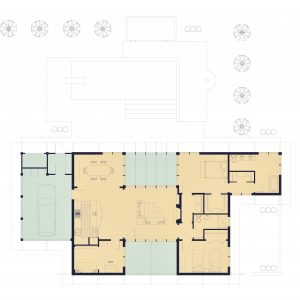 The Palm Springs Mid-Century Modern (#55) remembered the cold qualities of Progressive Mies and the machine, but was warmed by the Appalachian American tradition of the dogtrot, the breezeway that cooled hot Southern houses.  This Mid-Century Modern, “The Santa Monica” (#88), remembers an older tradition, the Classive Etruscan tradition, and the Roman “Tuscan” Order, named for the area of Tuscany, Italy (an area 500 years later to be settled by Sulla’s veterans, when the Etruscans were little more than a memory).  Alike the Palm Springs, the Santa Monica is suitable to desert or woods, Palm Springs or Washington, DC, is easy, comfortable, affordable.  At 1,580 square feet, the house lives large, because open, and because open, the house weds wild nature to nurturing home by folding glass doors that like a blanket swaddle or easy rest aside.  The public rooms open to the pool and patio, as does the master bedroom so that the inside might join outside, seamlessly.  Open, yet the “H” plan allows for privacy room-to-room, though even the second bedrooms feature folding glass doors, one opening to the entrance atrium, the other to the secret garden.  The ceilings are high.  The design is logical.  The expense in furnishings is low, the construction cost is simply, affordable, easy for first-time buyers and retiaries. 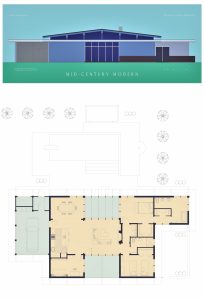 Mid-Century Modern Santa Monica, Tuscan Prototype. Notice the similarity of the Mid-Century Modern to the Etruscan described by Vitruvius.
Here shown as a variation on the Temple of Apollo at the Sanctuary of Minerva, Portonaccio. 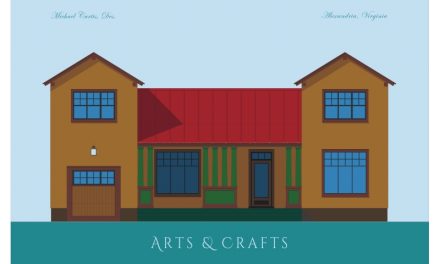 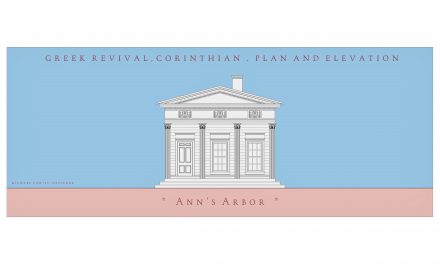 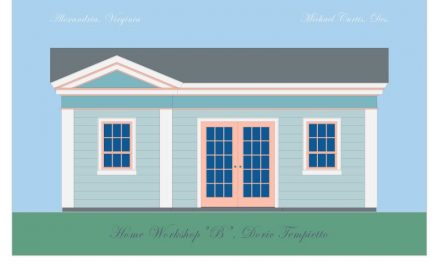