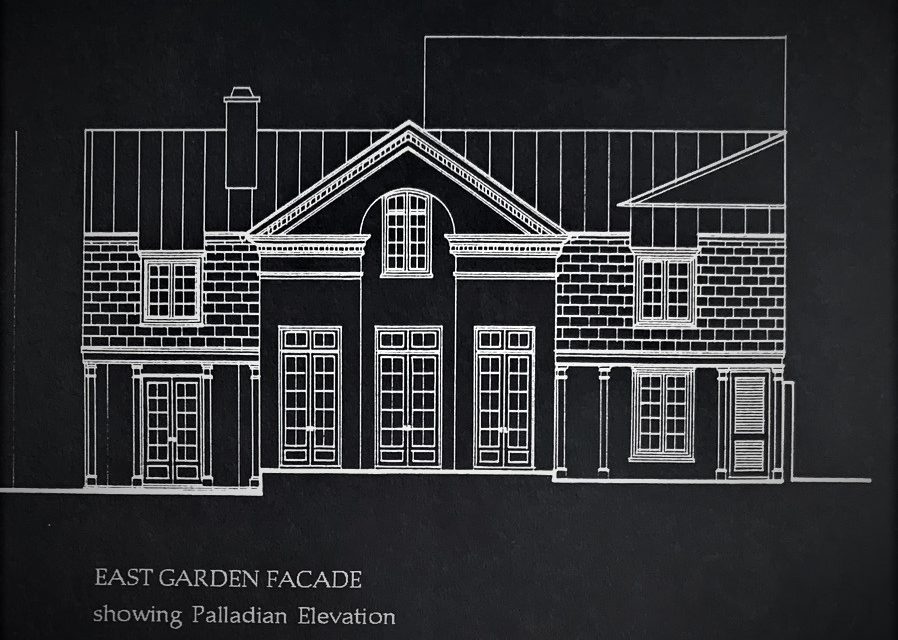 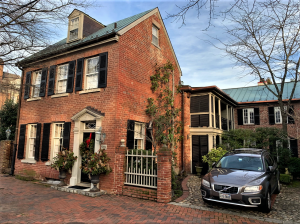 The Adams’ House, 510 South Fairfax Street, Alexandria, featured in “Home: A History”, was built in 1804, when Thomas Jefferson was President.  Many of the home’s features are original to the Federal Period, that time when we were inventing ourselves, differentiating ourselves from monarchical Britain.  We were a people republican, self-made, a people who, rather than bow to superiors, would in equality, in fraternity shake hands, as yet we do … well, as yet do those who are not Covid-cautious.   In the Robert Bentley Adams’ Jeffersonian house, you will find rooms that continue Jeffersonian tradition, friendly rooms that shake hands with the past, that turn in greeting to shake hands with the present, then attend to the approaching future, with a smile. 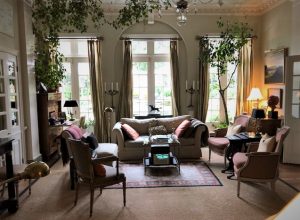 As you will expect, the home enjoys that happy attention a Classive architect will give to creation, “beauty and goodness”.  The Adams House hall and the library are filled with aesthetic curiosities, the fragments and books of the architect’s art.  There is an 18th Century “Architect’s Desk”, that box of an architect’s tools employed when traveling to construction sites, et alibi.  About the house, there are objects designed by other architects, a Biedermeier harpsichord, and a cigar-box by Viscount Linley (son of Princess Margaret), for instances.  Too, as with most DC area homes, there is a reminder of local, DC history: Toile drapes from the Georgetown house of David & Evangeline Bruce.  As anticipated, there are architectural fragments aesthetically placed, here-and-there, and you will find best examples of other cultures, alike the fine Klismos chairs (Greek). 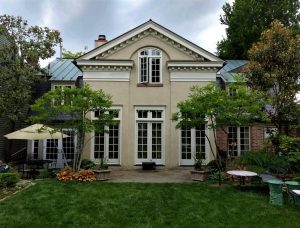 The garden is reminiscent of Dumbarton Oaks, hornbeams from a flying hedge, hydrangea, day lilies, and other potentialities of color; and there, centered, with pride-of-place, a suppliant herm, face to the sun, arms extended in offering, very odd in an Old Town garden.  Even so, the sculptor (this author) is pleased his statue has found a pretty, pleasant, comely home.  And then, the Great Room, cause of mention in this edition, a room of fine proportion in a Jeffersonian style, deftly fashioned by Adams’ sensitive hand from moldings common to Lowes and Home Depot.  And this, evidence you too can enjoy a Jeffersonian room, if inclined to beauty and reason, if unafraid of the past; as Traditional Home’s Pamela Wilson has observed, here “The best of the past is beautifully present in this superbly renovated home in Alexandria, Virginia.” 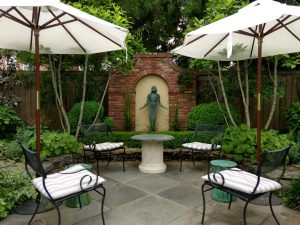 The Jeffersonian room features three new, custom French Doors*, the Doric columns that Thos. Jefferson favored, a detail-rich, seven part “Wall of Troy” cornice (something of a Greek-Key design).  The fireplace mantle, inspired by Charles Bulfinch, architect of the United States Capitol, is … here, should pause to mention: R.B. Adams is an architect employed to preserve, to refine historic buildings, Jefferson’s Library of Congress, and the President’s House, the “White House”, are among the buildings which he lately has amended, about which he has contributed articles to books** … is, as we were saying, truly lovely in ornate simplicity. The walls are the color of cream, the cornice, accented in white.  In all, the room is bright, airy, Jeffersonian.  Robert Bentley Adams, Jeffersonian, is proof that tradition in mind can live, if fine, from one promising time into the promise of a better time, a time when we might celebrate the best of who we are, without apology, ascendents of the great Thomas Jefferson.

* Should have asked if these three French Doors all open when but one is opened, if all close if but one is closed, as they do at Monticello … too, wonder if this feature is among those brilliant conveniences designed by Thos. Jefferson.

** R.B. Adams holds degrees in architecture and in history; his architectural practice concentrates on townhouses, villas, estates; the book mentioned here, Designing Camelot, is a history of the Kennedy, White House renovation. 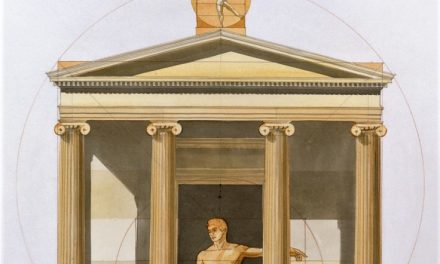 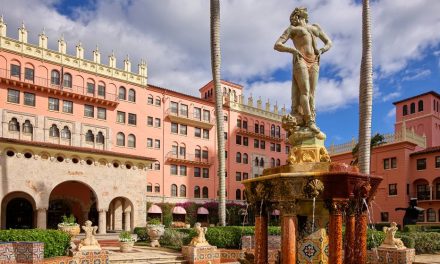 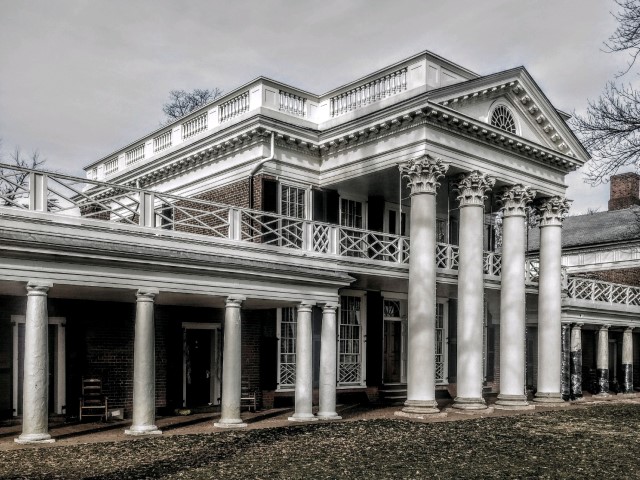