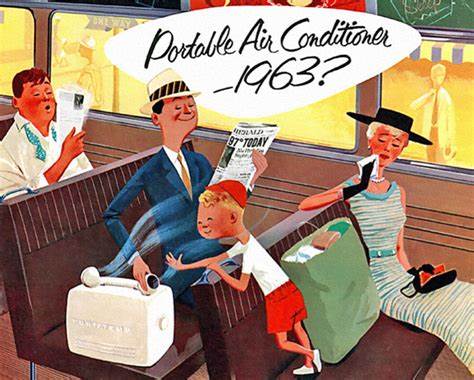 Logically, the ancient Greeks sited their houses to capture the sun’s warmth, the breeze’s cool.  Doors and windows were located strategically, symmetrical across the house, encouraging prevailing breezes to breeze through.  The larger windows faced South; smaller windows faced North; North facing walls were thicker, better insulated.  We know that Socrates advised on the use of, on the art of passive solar engineering in architecture* … to good effect, it seems.  You might remember that Alexander, the Great, when laying-out the streets of his Alexandria (Alexandria, Egypt), lifted his wetted finger to the breeze, judging the character of the breeze that he might know how best to lay his streets on a grid, that pattern most conducive to a “Venturi” effect,** an effect by evidence known to the city planner, Hippodamos.*** 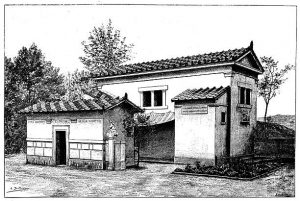 Illustration of a classical Greek house.

Romans learned from the Greek the awning, the valaria, which might alleviate the sun’s most challenging rays, and Romans would cover over entire colosseums in the things, those retractable domes in operation these 2,000 years.  And water was employed by Romans to cause steam, a steam not unlike a radiator, and as energy to power machines, et cetera.  When Islam controlled the Mediterranean Sea, Rome and Greece ceased to be, and Classive solar energy was not even a memory.  True, with Rome’s fall in Constantinople, 1453, Greek wisdom returned to Europe, where in Florence, Classive civilization was reborn (the Renaissance, the “rebirth”) … soon, Palladio learned from Vitruvius, and humane, Classive reason allowed beauty in architecture, if not in city planning, to be reborn.  The Enlightenment, Christian conviction of logic in God, created the patterns upon which modernity grew, a growth away from divine spirit into material body, a degeneration that culminated in communist materialism, the force that destroyed modernity in two, great world wars.  The civilized world was in ruin.  What to do.

We Americans, who had saved the world, who by force and by example had extended our Greek-like democracy, our republican, Roman-like liberty, got on with the business of rebuilding the world better and new.  Trouble was, in buoyant enthusiasms we neglected the earth-bound necessity of our nature, and we eschewed the necessity of tradition in healthful civilization; by arrogance we neglected the physics of good architecture; and, regretfully, we denied human psychology, the need for Beauty.

We built metal houses in the woods, where they corroded; we built wood houses in the desert, where they brittled; we built everywhere in great glass panes that convected heat and cold, in wrong season; and we conducted a take-no-prisoners war against “Beauty”, that high-minded sovereign of old Europe.  No matter, we would build American machines, we would conquer Nature, as we conquered the rest of the world.  Trouble is, we are not Zeus, we cannot conquer that from which we come, that by which we are.  Worse, we did not accept the lessons of our Greek, Roman, Imperial parents, lessons in success, in failure.  What to do. 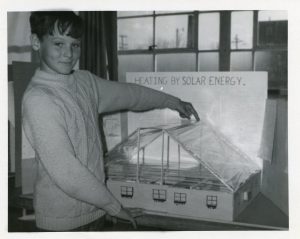 This innocent author attempted to conquer the nature problem by building a passive solar machine for living, 1967.  In this, I researched latest technologies, invented a few technologies of my own.  Yes, scientific men should expect failure.  Human fallibility, you know.  Then, I was too young to know.  True, older, more competent architects attempted to solve post-war energy shortages (1947-on) with no more success than I had experienced.

Even today, the problem of the solar machine is not solved, even following Bell Laboratories 1954 invention of the silicon solar cell, even with Goodenough’s 1980 Lithium-ion battery, and the invention of his better one, 2017, even government subsidies and government mandates have not solved the solar storage difficulty, perhaps because the difficulty is an impossibility.  Remember: Pandora captured the most dangerous of vices in her box, the vice of “Hope”.  Sure, we can believe in Science, especially if we do not believe in God.  Even so, facts are facts, and fact is: by relying on solar and wind, 210 people recently died in a Texas winter storm because solar and wind energy cannot, will not replace carbon-based and nuclear energy, even by government directive.

– build thicker walls than the typical 2” x 4”, build walls that allow more and better insulation;
– install high-efficiency HVAC units, with appropriate ducts – geothermal HVAC, if possible;
– employ on-demand water heaters;
– use SIP panels – reduce waste, the petrol of contractor trucks and of job-site mistakes, discarded materials, et cetera;
– remember the ancient methods of passive solar energy, design and siting;
– most importantly, design for human psychology, the human body, design humanely, in reason – you know, the Vitruvian Triad, “Firmness, Commodity, Delight”;
– remember, human beings prefer Classive over Progressive buildings, 3 to 1 (when considering the politics, 9 to 1, I expect) – Classive architecture has not harmed even one Progressive architect, so be easy, the Classive has much to teach of good design, much to teach because in sympathy with the human body, the human mind … as you know, the Progressive is in sympathy to the machine;
– acquire and install a gas-powered generator, for the inevitable time when the government mandated wind-and-solar grid, fails … and this to keep your family alive in boiling heat or freezing cold;
– and know, “Green” roof-decks will be a nightmare, id est, contrary to Nature. 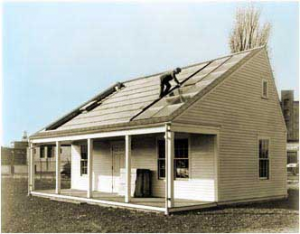 – clean cavities, carefully (no drilling through metal), fill with superior insulation;
– replace oversized, inefficient boilers, sub-floor heaters and the rest with smaller, efficient HVAC systems;
– replace single-pane windows with double-glazed windows, tightly fitted;
– raise the narrow, often 18” narrow attic, so that more insulation can be installed;
– where possible, plant deciduous trees to compliment the aesthetic and the practical energy needs of the house.

The Mid-Century Modern house is much loved, for good cause.  As I have no need of saying: often “we love a thing for its faults”, because, being faulted, we sympathize.  Even so, we want better for our children than we had for ourselves … human nature, I suppose.  The parent Mid-Century Modern was good, the ascending Mid-Century Modern can be improved, Classively, with taste, reason, and by invention within tradition.

When someone wishes to build the proper house, must he make it as pleasant to live in and as useful as it can be?  And is it not pleasant to have the house cool in summer and warm in winter?” … “Now in houses with a southern orientation, the sun’s rays penetrate into the porches, but in summer the path of the sun is right over our heads and above the roof, so we have shade.” Socrates deduced of house design, “that the owner can find a pleasant retreat in all seasons . . . which makes the house at once the most useful and most beautiful.”

…also worth noting, Section 4, where Aristippus asks Socrates if Socrates knows of anything beautiful, and further queries, “How can the beautiful be unlike the beautiful” to which Socrates provides an answer that precedes the tired “form follows function” dictum by 2,300 years, and which exceeds the quaint, mod dictum in both reason and metaphor.

** Giovanni Battista Venturi, the scientist who in 1797 recognized that fluid flows faster through constricted space, and wrote it so.

*** Hippodamos of Miletus, (498 – 408 BC) architect who worked in Athens, a city planner, civic artist, physician, mathematician, meteorologist, natural and political philosopher, Father of Urban Planning.  His well-known design of Piraeus has contributed to posterity the grid plan, rational order in humane design.  This plan pattern, favored by Thomas Jefferson (with a radial overlay) and by most enlightened, Classive planners, is in honor named the “Hippodamian”. 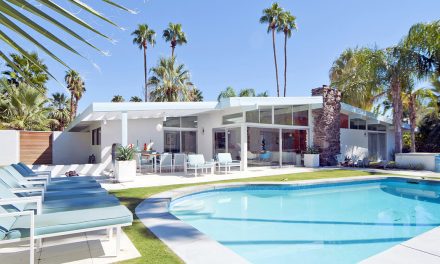